According to Tibetan oral tradition, existence of singing bowls dates back to the time of the historical Buddha Shakyamuni (560 – 480 B.C.). The tradition came from India to Tibet, along with the teachings of the Buddha, by the great tantric master Padmasambhava in the 8th century A.D.

Singing bowls produce sounds, which invoke a deep state of relaxation which naturally assists one in entering into meditation, the goal being enlightenment. They are a quintessential aid to meditation, and are found on private Buddhist altars, and in temples, monasteries, and meditation halls throughout the world.

A metallurgical analysis, done by the British Museum in London, reveals that the instruments are made of a 12-metal alloy consisting of silver, nickel, copper, zinc, antimony, tin, lead, cobalt, bismuth, arsenic, cadmium and iron. Now a lost art, it seems that this quality of bowl cannot be reproduced today.

In addition to their traditional usage for meditation, Tibetan singing bowls are used for deep relaxation, stress reduction, holistic healing, Reiki, Chakra Balancing, and World music. Many people find that the rich blend of harmonic overtones which the bells produce have a direct effect upon their chakras.

Playing the bowls usually causes an immediate centring effect. The tones set up a “frequency following response” that creates balancing left/right brain synchronization. Meditating on the subtle sounds of the Tibetan singing bowl tunes one in to the universal sound within and without.

Previously used in Tibet for meditation and ceremonial purposes, Tibetan Singing Bowls are struck with a padded mallet or rubbed around the rim with a playing mallet to produce a fascinating blend of harmonic resonance’s and rich overtones.

Imagine using the singing bowl to free up the tensions of stressed children or for us busy adults. Each bowl is cast from a secret formula of metal alloys, and then hammered into shape. Exact dimensions and shape vary somewhat from bowl to bowl.

Experiment with your speed. Usually people go too fast! Let the sound build up slowly as the singing bowl picks up the vibration.

Breaking in Your Rubbing Stick

The rubbing stick that comes with your Tibetan singing bowl is handmade of Himalayan hardwood. When you play the bowl, using the stick-around-the-rim technique, the friction of the stick produces vibrations which result in the sound. In the beginning the stick is relatively smooth, but as you continue to use it, it will develop “micro-grooves”, shallow grooves which help to grab more of the playing edge of the bowl. Allow about five minutes for initial break-in of a new rubbing stick. As you use it more the micro-grooves become impressed in your rubbing stick and you will get better sound and easier playing from your bowl.

Most all Tibetan singing bowls have natural wah-wahs which you can amplify and bend by using the wah-wah technique.

Experiment with the relative position of your mouth to the outside bowl rim. Also, if you turn the bowl, while experimenting with the wah-wah effect, you will find “hot spots” where the bowl is naturally louder.

A special sound effect can be produced by adding a small amount of water to the bottom of the singing bowl. The sounds produced using this technique sound like dolphins singing!

Experiment with the amount of water used. Usually the best effect is produced with a minimum amount of water. Keep a towel handy for when spills may happen. This can be especially interesting if you add some fragrant flowers such as Gardenia, or frangipani to the water and allow the fragrance to “float” through the air. Remember not to keep the water in the bowls whilst not attending to it as it can become corrosive to the bowl.

However and above all, enjoy, respect and play your singing bowl with the love that you have from The Universe and it will reward you richly.

To buy a Tibetan Singing Bowl

The Vision That Started it All 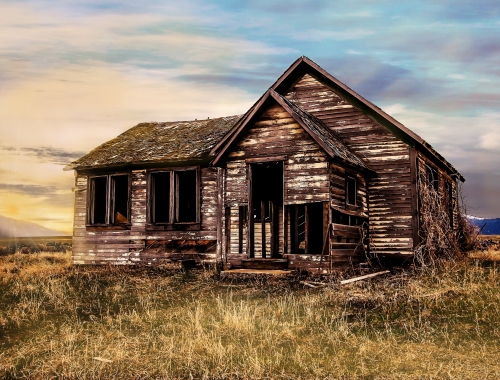 House Cleansing – how important is it really?

To Change my Life

I love to learn and expand my horizon with all things metapysical learn more...